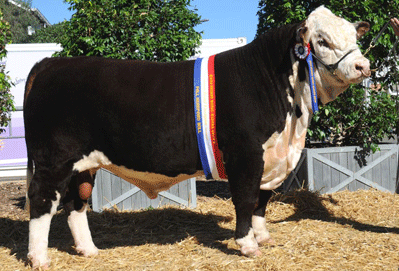 After presiding over the entries, as Judge of the Poll Hereford National in 2012, Peter chose Jovial as his Grand Champion. Later selling for $80,000, the potential in this impressive Sire was seen by many. Peter was keen to add him to our AI Sire battery. His calves have not disappointed with eight sons selling to $12,000 to record an average of $7,875. We have retained one son, Mustang, and we have high expectations for his contribution to our program.