Congratulations Brandon on being awarded an RASV Emerging Leader Award at the 2015 Royal Melbourne Show.

The award was presented in recognition of the leadership attributes he displays while contributing his time to the Victorian and National Hereford Youth Groups, the establishment of his own Hereford Stud, MawarraB, the production of livestock videos and his continued work with Mawarra Herefords. 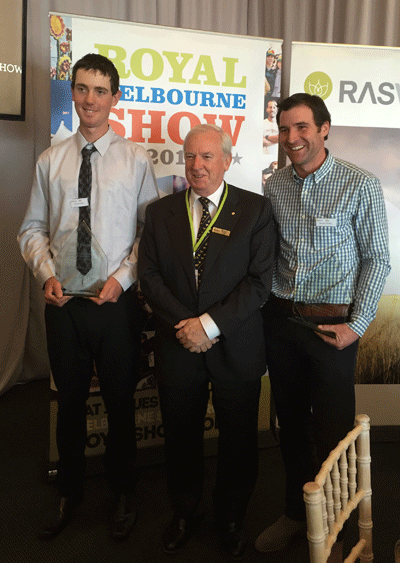