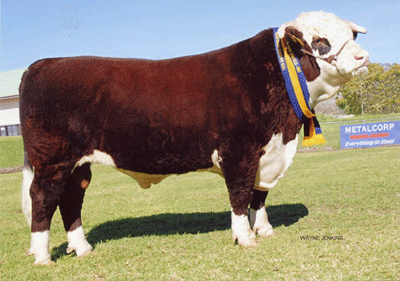 $52,000 Sandstorm was sold at the Hereford National in 2007 after being awarded Reserve Grand Champion. Semen interests have been sold throughout Australia and New Zealand. At the 2011 Supreme Bull Sale held in Western Australia Yallaroo H S sold a son for $10,500, he was the top priced Hereford bull of the sale. Sandstorm’s eleven sons at Mawarra have sold to $16,500 and averaged $8,000, we have sixteen daughters in herd.