“I wouldn’t keep buying them if I didn’t like them!”

I always look at the people before I buy a bull. The Sykes family provide a good, honest service. The cheaper bulls I’ve bought perform as well as the ones at the dearer end. In 2005 I had a calving percentage over 95% for my heifers. Mawarra cattle display good temperament, are easy to handle and have high fertility rates. The bulls also have longevity, I have an eight year old Mawarra bull still siring calves in the top pens. I topped the Wodonga market in early November 2005 with 38 x 2 ½ year old steers coming out at $1269. In early October I sold 180 x 18-19 month old steers who made $2.30/kg, the tops making $1078.

Arthur sold 115 rising 2yo heifers, due to calve February, at Wodonga on January 16th, 2009. The magnificent line of pure Mawarra blood females topped at $1380 for an average of $1360. Albury Livestock Agent Trent Boers in opening said the heifers were “…as good as you’d ever want to see, by sires, and joined to sires, purchased from Mawarra, one of the best studs in the country.” After the sale Trent commented “They are a magnificent line and they sold accordingly.” Successful purchasers included David Trethowan, Cookardinia and Molly Reed & Geoff Beavis, Moorac Partnership, Holbrook.

When asked when he would sell them Arthur replied   ……    ”When I get sick of looking at them!” 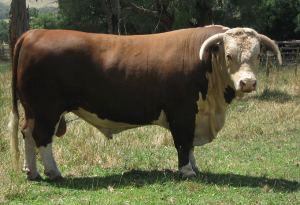 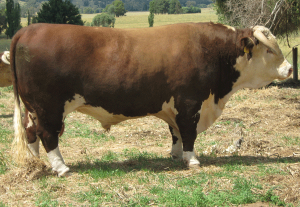 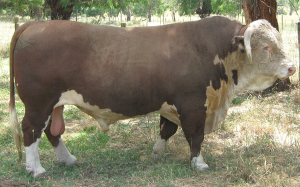 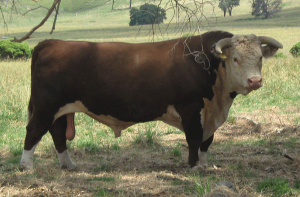 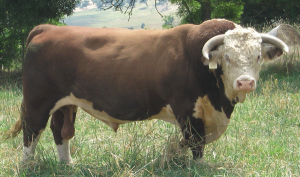 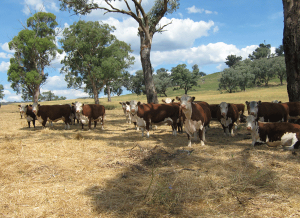 The steers pictured below were weighed at 20 months and averaged 670kgs. Five of them weighed over 700kgs. 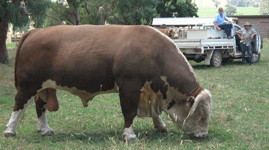 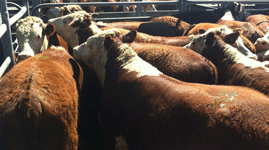 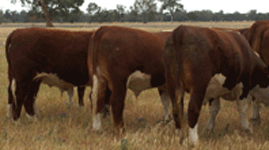