The records for both the National Sale top-price and individual exhibitor average were broken by the Sykes family’s Longford based stud, Mawarra Genetics.

The action started on Wednesday morning in the show ring with each Mawarra bull being awarded a Class placing and two exhibits going on to be Reserve Champions: Mawarra If Only – Reserve Junior Champion and Mawarra Terminator – Reserve Intermediate Champion. Mawarra was awarded Most
Successful Exhibitor of the Show. 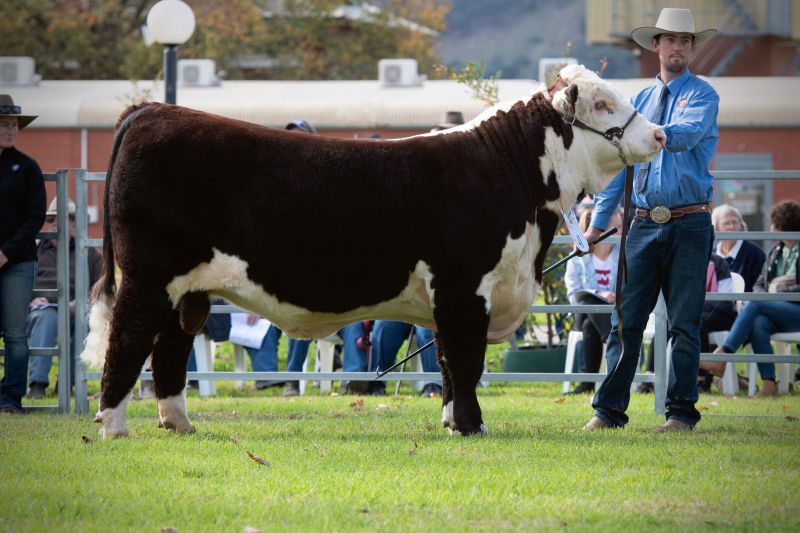 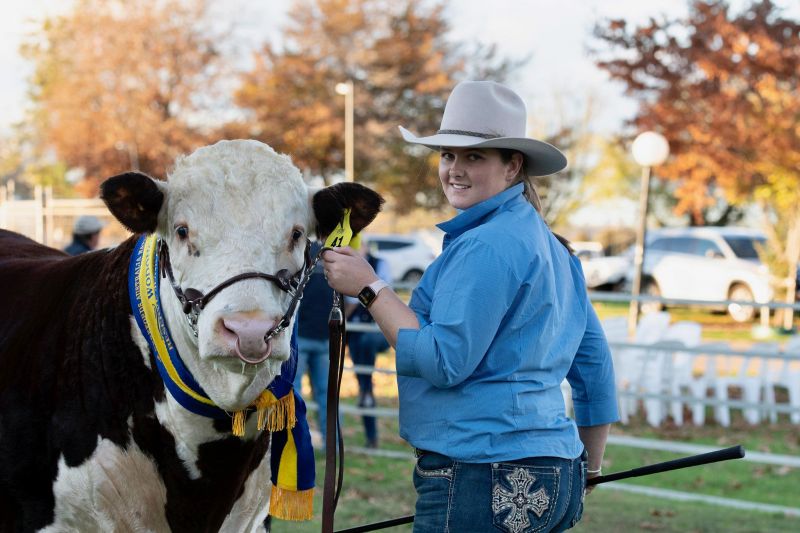 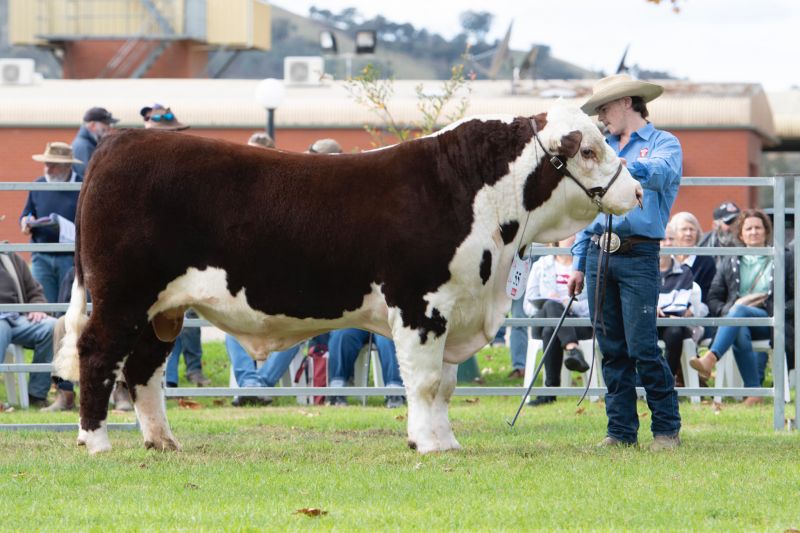 The helmsman sale was conducted online via AuctionsPlus and simultaneously broadcast at the venue. At the close of bidding Mawarra If Only Q264 was purchased for a new Sale record price of $103,000 by David & Olwyn Lyons, Melville Park Herefords, Vasey, Victoria.

The sire of If Only Q264 was a Mawarra bred bull, Emperor L336. A three-quarter brother to If Only Q264 sold for $100, 000 for Queensland stud, Talbalba Herefords in 2020. ‘To have bred the only Australian Hereford sire to have two sons sell for $100,000+ is a huge accolade for us.’ Deanne explained. ‘It goes to the consistent performance and profit-driving results producers are achieving with Mawarra genetics.’

Mawarra Influential Q162 was the next highest seller of the day at $42,000. He was purchased by Graham Genetics, Cootamundra, NSW, in partnership with Haven Herefords and Pulham Herefords, both from the United Kingdom.

In summary, the seven Mawarra bulls offered averaged a record-breaking $41,428.

Peter and Deanne Sykes expressed their pride and gratitude after the results were in. ‘It’s been a lifelong goal of mine to sell a bull for $100,000 at the National.’ Peter said. ‘To be able to achieve it with our children working with us, and our grandson, Carter, there as well, made it even better.’ 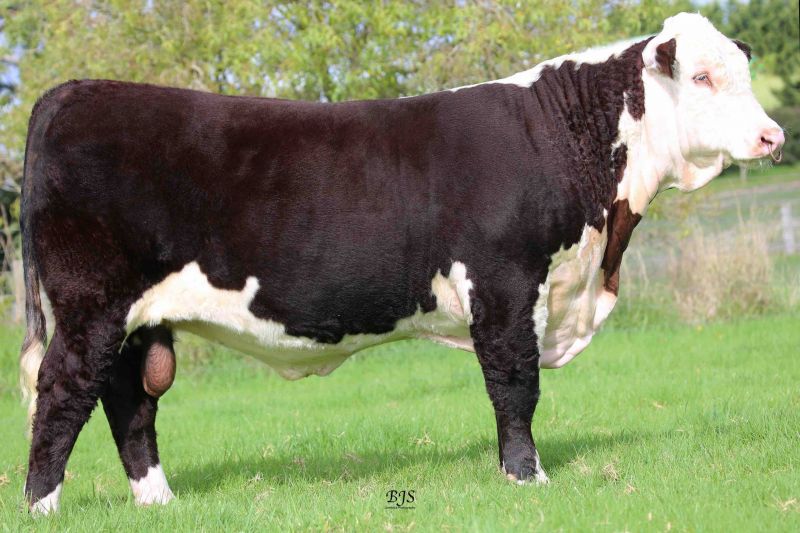 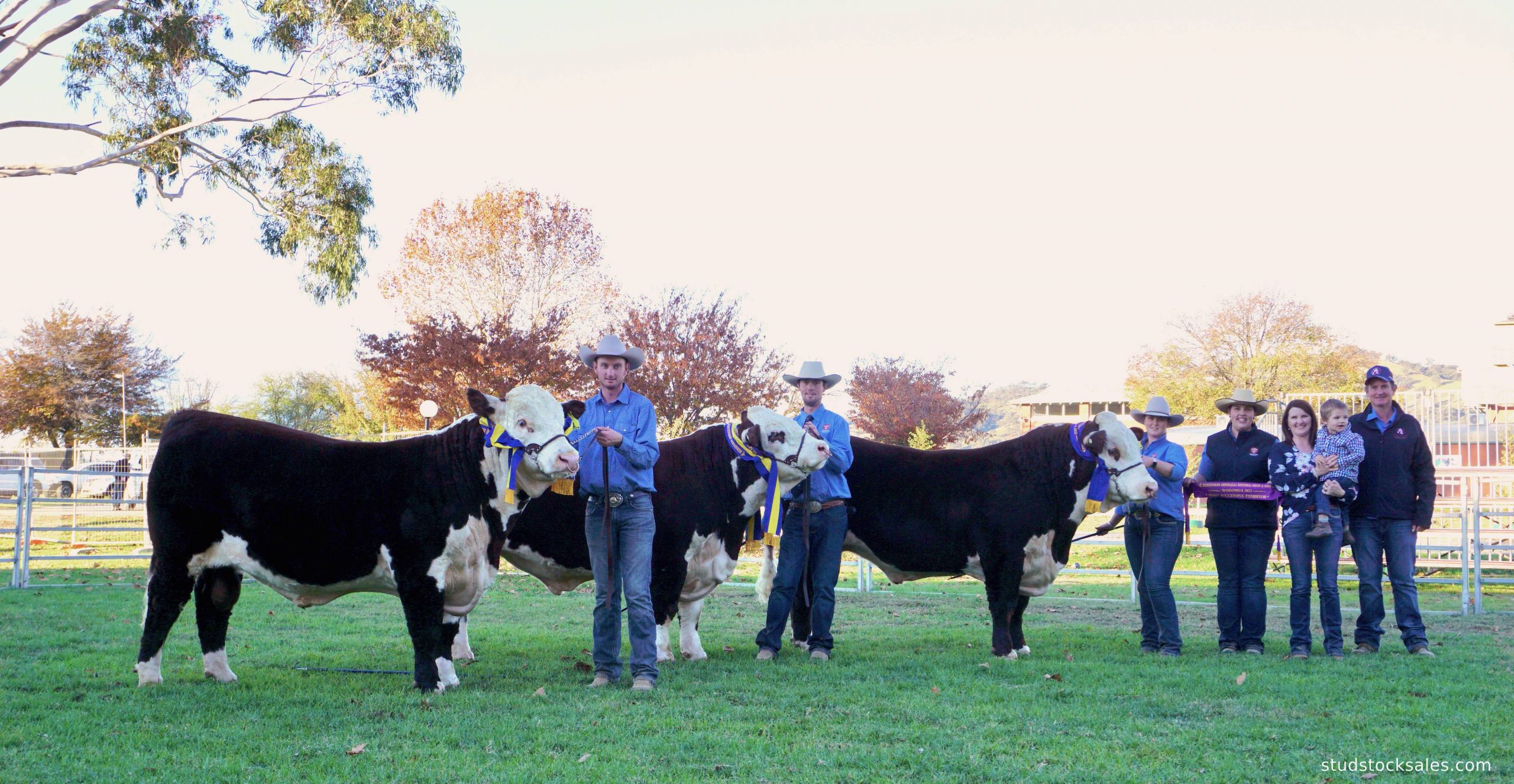 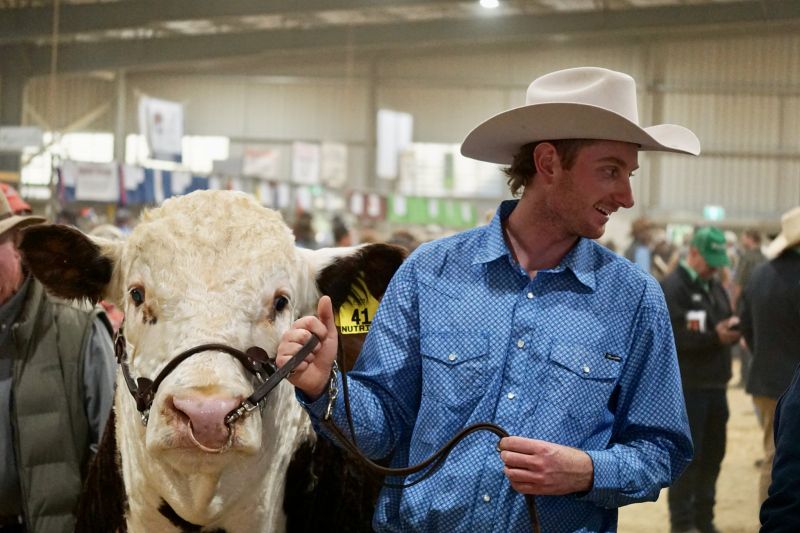 ‘Our son Logan and employee, Connor Evans, work full time for us. Our daughter Taylah, son Brandon, daughter-in-law Brittany, and our school-based trainee, Katie Kerby, were all part of the team last week. They are all passionate about the beef industry and we’re fortunate to have them all involved in the business.’

When asked how she felt about the results Deanne said “Proud, grateful and humbled. We put an enormous amount of work into developing our breeding program, preparing, and offering the bulls. It is incredibly rewarding to see our bulls so highly sought after. We are excited to see the impact they make to the herds that have invested so heavily to acquire them.” 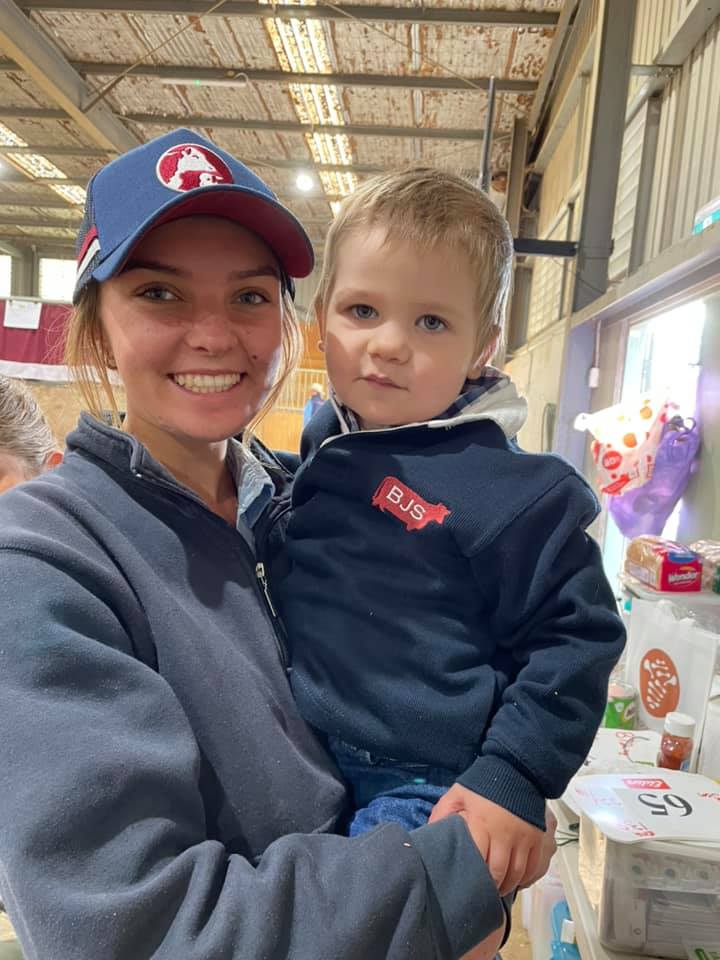 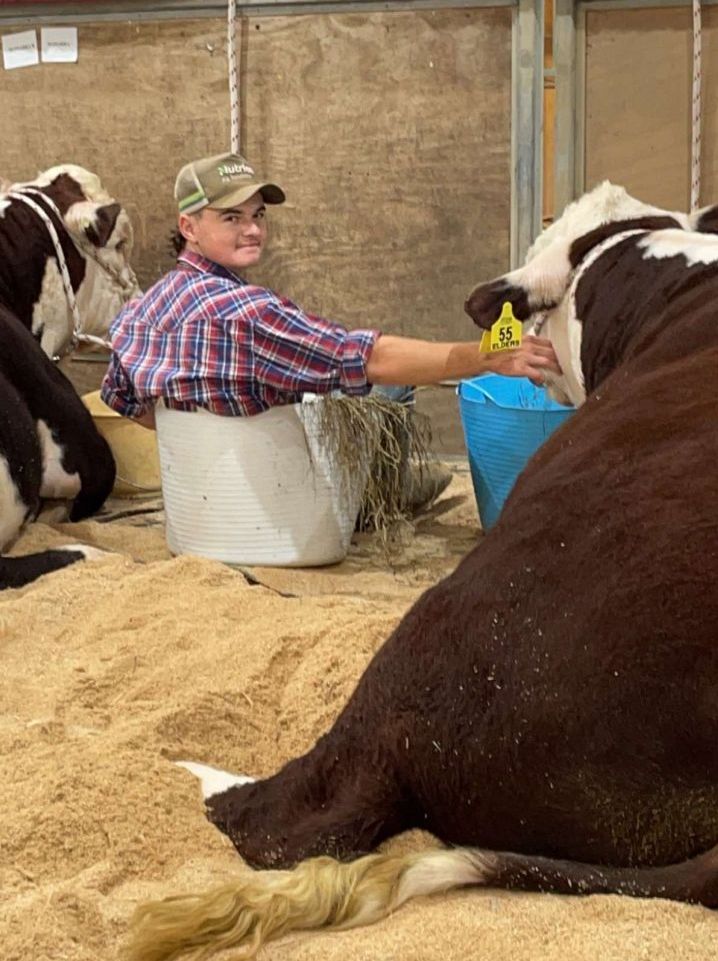 Mawarra If “If Only” turns into a $103,000 dream come true at the Wodonga National Sale (Herefords Australia)